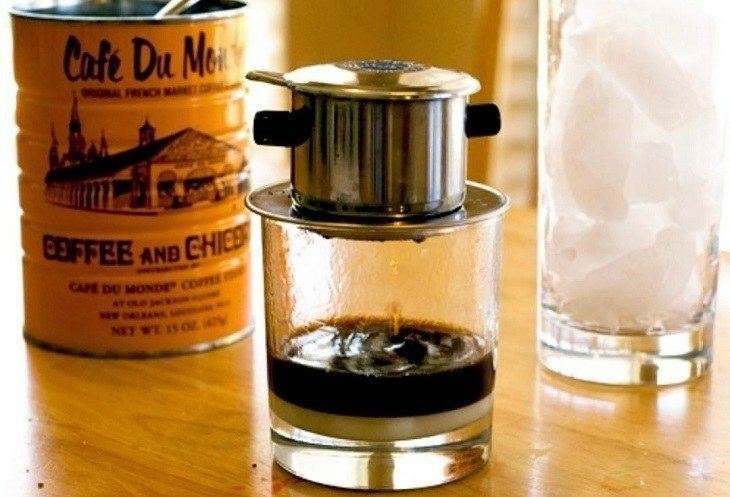 If you are planning to visit Vietnam, then you must try Vietnamese coffee as you can be sure it will be unlike any other you have tried anywhere else.

Coffee is quite unique in Vietnam and although like many other Asian countries, tea is slightly more popular, coffee still forms a great part of their culture. Because it is part of socializing in the country, you can get Vietnamese coffee in different styles and forms, and so there is always something to suit most tastes and desires.

Taste – Given that Vietnamese coffee is made from dark-roasted coffee beans and mostly brewed in a slow traditional drip press, you always end up with a strong and bold flavor. The coffee is quite robust and if you are the kind that prefers your coffee super strong, Vietnamese coffee is as good as it can get. And the strong and flavorful nature of the beans means they can withstand sweetness without losing that natural coffee flavor.

Roast – The roast is always a matter of personal preferences as you can give your Vietnamese coffee beans any roast you like. However, these beans will traditionally come in what many westerners refer to as a dark French roast. But, this roast is quite different from the traditional dark French roast as it is darker and is roasted slowly and for longer.

Varietals – Vietnam is the largest producer of Robusta coffee in the world. Robusta coffee accounts for 97% of the total quantity of coffee produced in the country. And there are generally two varietals of Robusta grown in the country which are the traditional or original Robusta with small-sized beans and the high-yields varieties

However, the country also has a small supply of high-quality Arabica coffee beans which are almost forgotten due to the dominance of Robusta. And of the Arabica coffee grown in Vietnam, about 99% of it is the Catimor varietal which is a cross between the Timor and Caturra. 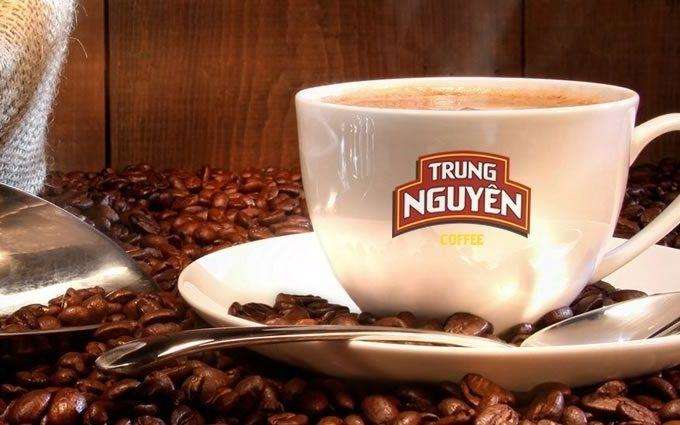 As the French were slowly laying claim to the Vietnamese soil back in the 19th century, there were also some positive things that came with it, and the introduction of coffee was one of them. Most coffee historians agree that it was a French missionary that brought the first Arabica coffee plant to Vietnam in 1857.

The coffee plant that the missionary brought over was planted in a church northern of Vietnam, and it is the successful growth of these few Arabica coffee plants that led to the spread of the crop into central Vietnam where the climate was even better for coffee.

The French went on to colonize Vietnam in 1887 and then introduced Robusta and Liberica coffee varieties in 1908.

A few decades later the country gained independence from the French and continued with the expansion of the coffee sector. The few French farmers still in the country like Marcel Coronel who established his Coronel coffee estate in 1969 also played an important role.

The Vietnam War disrupted the growth of the sector, but after the war, things changed and the industry was thriving again. One of the most notable events was the 1986 reforms that allowed private enterprises to engage in coffee production and hence leading to a surge in coffee production.

From then on, the industry has had its ups and downs, and in the 1990s the coffee sector was growing at a steady 20% to 30% annually. Also, in the past 30 years, Vietnamese coffee global market share has grown from a mere 0.1% to the current 20%.

Most of the Vietnamese coffee is grown in areas that are between 500 and 1,200 meters above sea level. With these high altitudes, the coffee gets a rich and bold flavor and a sweet smell.

And while the country is located in the tropics, it has three distinct climate zones which are the North’s subtropical humid climate, tropical monsoon in the central region and the South’s tropical savanna.

On average the country gets between 1,200 and 3,000mm of rain annually with the temperatures ranging from 5 to 37 degrees Celsius depending on the region and season.

Besides the favorable weather conditions, most coffee growing areas in the country have rich red soil basalt which is very favorable for coffee growth.

Given the climate and geography of Vietnam, there are many coffee growing regions in the country. Coffee grows successfully in almost all the provinces in the country, but it does better in some places and the area under coffee also varies.

The Central Highlands has some of the richest coffee growing soils in the country and a highly favorable climate. A huge chunk of Vietnamese Robusta coffee grows in these highlands with at least 550,000 hectares planted in coffee in Dak La, Lam Dong, and Dak Nong. 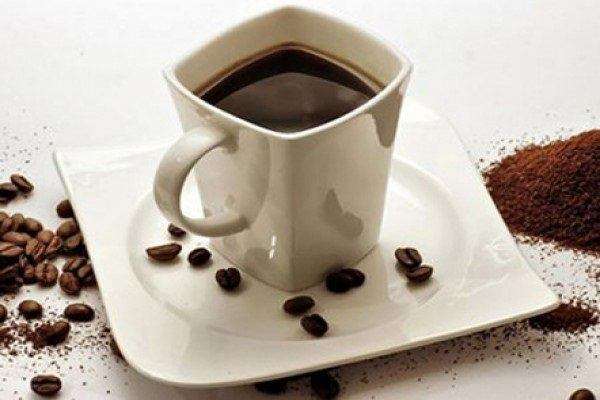 While many coffee lovers will refer to the popular Vietnamese coffee roast as a dark French roast probably due to its origins, this is not a very accurate way of describing this unique roast.

Although it is true that the Vietnamese coffee beans are always better with a dark roast, the roast that many brands that sell this coffee produce is darker than the regular dark French roast. Also, the roasting is slower and takes longer which ensure the coffee has a thick aroma without being burnt.

Also, the Vietnamese coffee roast involves roasting the beans with some sugar and butter which is almost unheard of in the western world. But, this unique roasting process is one of the reasons why this coffee is one of the strongest and thickest you can get anywhere.

It does not make sense to spend a lot of your time looking for the best Vietnamese coffee and not brew it correctly. Traditionally these coffee beans are brewed using the Phin metal filter which requires you to grind them into a French-press like consistency.

Egg coffee is one of the most popular coffee recipes in Vietnam, and it is one of those things you must try out when you visit the country. It first came into the scene in the 1940s during a period when milk was scarce and coffee lovers had to get innovative with their toppings.

To make egg coffee, you start with a traditional drip coffee and top it up with an egg yolk whipped with some condensed milk to create an airy froth. The resulting coffee is smooth textured and sweet and will give you an experience that is unforgettable

Both coffee and yogurt were brought to Vietnam by the French, and so it was only a matter of time before some innovative coffee lovers tried to combine them. And as odd as it might sound, yogurt pairs amazingly well with black coffee, and you can get this beverage in many Vietnamese café’s.

As coffee drinkers and café owners in Vietnam try to get creative with their beverages and give customers more drink options, coffee has also found a way into smoothies. Many juice shops now blend a touch of black Vietnamese coffee into their smoothies. In Hanoi, coffee blended with avocado and banana is quite common.

Why is Vietnamese Coffee So Strong?

Vietnamese coffee is famous for being stronger than most other types. What makes it so strong is that it is brewed from strong and dark-roasted Robusta beans. Also, brewing the coffee using the unique Vietnamese drip method (Phin drip) adds to the coffee’s rich and dark flavor.

Furthermore most Vietnamese coffee does not have a lot of cream or milk, and so you are always left with some pretty strong coffee which any seasoned coffee drinker will find irresistible.

Summary of Facts about Vietnamese Coffee

1. Vietnam is the world’s top producer of Robusta coffee

2. The country is the second largest coffee exporter coming second only to Brazil

3. In the last decade, Vietnam has consistently exported at least 20 million 60kg bags of coffee

4. The harvest time is between November and February

5. Most of the harvesting is manual and quite labor-intensive

6. In Vietnam, most of the coffee beans are dry processed but some large estates will use semi-washed processing

7. Majority of coffee plantations in Vietnam are small scale with lands sizes ranging from under 1 hectare to 50 hectares 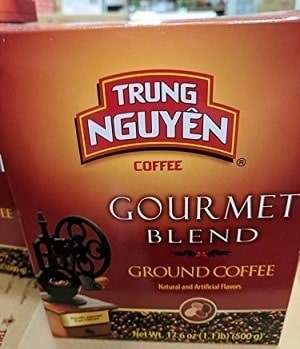 Trung Nguyen is one of the oldest and most famous Vietnamese coffee brands, and so regardless of the kind of coffee you prefer, you can be certain that they will always have you covered. This particular gourmet blend is meant for those looking for that authentic Vietnamese coffee flavor.

It is an instant coffee that comes in 20 small packs, and it will make coffee brewing a faster and easier process for you. Also, these small packs will be perfect for an office or commercial establishment as you will only need hot water and a clean cup to make coffee.

The aroma is also unmistakable, and despite this being pre-ground coffee it still maintains the strong and bold flavor that is characteristic of coffee from Vietnam. 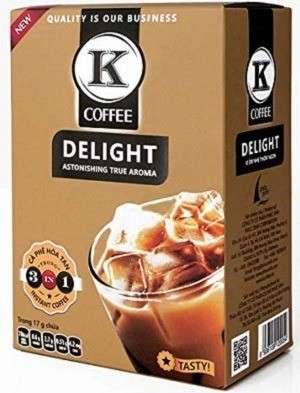 For those that enjoy iced Vietnamese coffee more, this option by K-Coffee is specifically tailored for you. The 5-serving pack comes in a highly affordable price tag but without compromising the quality which is exactly what every coffee lover is always looking for.

This instant coffee also makes coffee making a quicker and simpler process as you will only need to add it to hot water, stir it and add some ice. But what really makes it stand out is the amazing dark roast which is slightly lighter than French roast and it makes it smoother and less acidic.

But, with this ice coffee, you also get some astonishing aromas that will make you look forward to your morning cup. And the convenient nature of this coffee makes it perfect for the office and when camping or traveling.

If you are a coffee lover that prefers strong, bold and dark coffee, Vietnamese coffee is your best bet as this mostly Robusta coffee is as strong as it can get.

And if you want to get the best Vietnamese coffee experience, there are also many local recipes that you can try out from the traditional drip coffee to egg and yogurt coffees or the sweeter smoothie coffee. 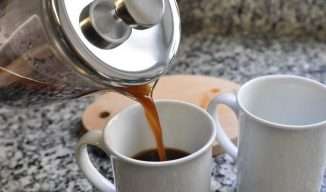 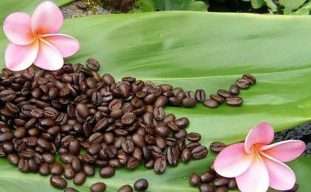 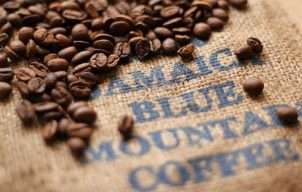 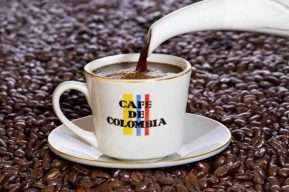 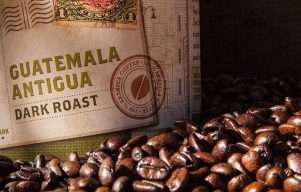 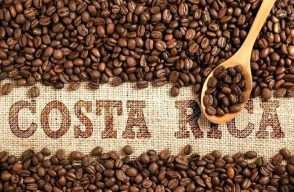 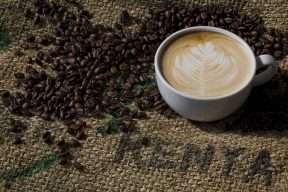 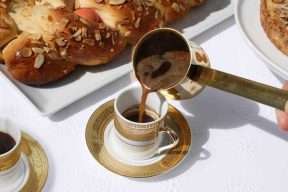 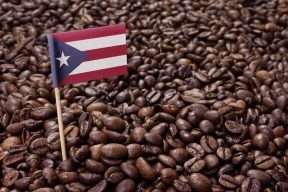