Nespresso vs. Keurig: Which One Should You Choose? 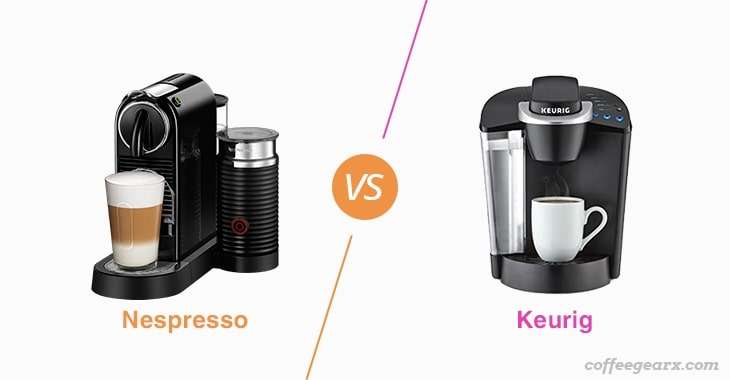 Nespresso and Keurig are two of the biggest names in the pod coffee maker industry. And if you are on the hunt for a single-serve pod-based coffee maker, the chances are that you will have to choose between the two.

Keurig has a huge market share in the USA while Nespresso is the industry leader when it comes to the single-serve coffee makers in most European countries.

Given that you will be locked on the marketplace of the particular brand you choose between the two since the machines will only use proprietary pods, you cannot afford to jump into a decision.

But, the choice between the two popular single-serve coffee makers should be if you know the factors that set them apart. In this piece, we provide a detailed comparison of the two to highlight the key differences between them.

A few decades ago, single-serve coffee makers did not exist, and so it is amazing that they are now some of the most popular types of coffee market.

Many people prefer them over the traditional coffee making methods as they are fast and easy to use given that popping a pod into the machine and pushing the start button is all it takes to get your cup of coffee.

The popularity of the single-serve coffee makers can almost be solely attributed to the coming of Nespresso and Keurig. And to choose between the two amazing brands, you should start by understanding their origins.

If you have a single-serve coffee maker at home or in your business, the chances are that it is either a Keurig or Nespresso, and this has been the case for almost two decades now. Although the two brands started almost in the same period, one is American and the other has Swiss origins. 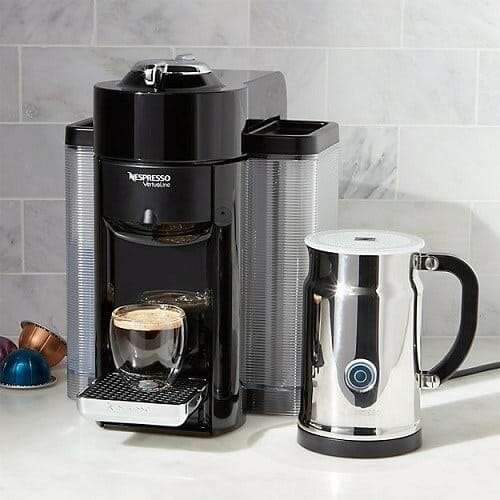 Nespresso is one of the oldest single-serve coffee makers in the world, and given its number of locations and presence, it is also one of the largest.

The brand Nesspresso is an operating unit of the larger Nestle Group which is one of the largest companies in Europe, and it is based in Lausanne, Switzerland.

The Nespresso coffee making system was first developed by a Nestle employee, Erich Favre back in 1976, but its commercial success came in 1986 when an improved version of it was tested in the Japan market. Following its success, the system was then introduced to other European countries including Switzerland before eventually spreading to the USA.

With a presence in more than 70 countries currently and more than 700 locations, Nespresso is now a global brand whose popularity is always growing.

Nespresso single serve coffee makers use proprietary pods that are available from several brands such as Ethiopian Bukeela, Indian Indriya, and Brazilian Dulsao and with several dozens of drink options. 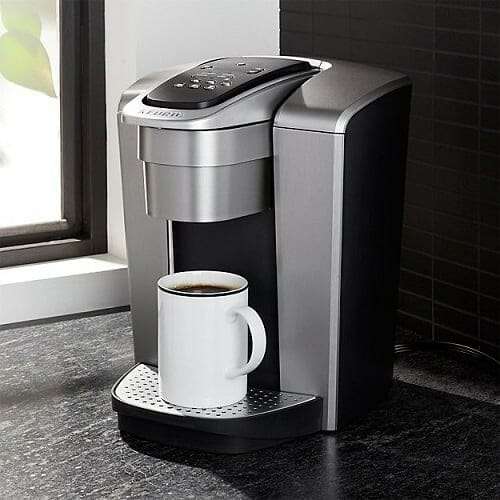 Keurig is a well-known American brand that has been in business since the early 1990s, and it has the biggest share of the US single-serve coffee maker market.

The original company, Keurig Inc was founded in Massachusetts, the US in 1992 as a single-serve coffee maker and k-pod manufacture, but it launched its products in 1998 with the office market being their main target.

And as their single serve coffee makers gained popularity, the company introduces machines to cater for home users in 2004.

Keurig now has several models of single-serve coffee maker for both home and office use that brew k-cups from brands like Celestial Seasonings, Donut Shop, Folgers and Starbucks and with more than 200 drink options.

Both Nespresso and Keurig have deals with different companies to make pods for their coffee makers which have increased the number of beverages you can make from either, and hence making them more versatile.

With Nespresso, you get a wide range of coffee from different parts of the world as they have agreements with several brands which include Colombian Rosabaya, Hawaiian Kona, Ethiopian Bukeela, Indian Indriya, and Brazilian Dulsao.

You can get dozens of different drink options for Nespresso, and they also include Lungo coffee, spiced coffees, and limited edition coffees.

Keurig, on the other hand, offers more than 200 drink options which means that it will cater for all kinds of coffee drinkers, and their coffee comes from brands like Green Mountain, Caribou, Celestial Seasonings, Donut Shop, Folgers and Starbucks

3. Ease of Use and Cleaning

With the single-serve coffee makers, this is still the case, but when it comes to the ease of use, they will give you a much easy time than other coffee maker types. To make coffee, you only need to pop a pod in and push one button.

The point of departure between the two is the ease of cleaning given that most Nespresso machines have a descaling mode that allows for fast and thorough cleaning.

Also, Nespresso pods do not have the entry and exit needles which are more prone to clogging that you get in Keurig pods. Hence, in most instances, Nespresso machines will be easier to clean than Keurigs.

Although the single serve coffee makers might not be as expensive as the fully automatic espresso machines that can cost thousands of dollars, whatever you buy should still give you value for cash.

When comparing Nespresso and Keurig, you should watch out for the construction quality, durability of the materials and overall reliability to determine which one will work well for you.

Nespresso machines are mostly made in Switzerland using high-quality components, and with thicker plastic than Keurig machines which are made in China using somewhat lighter plastic.

Generally, Nespresso machines are also denser and sturdier, and the fact that they also have a longer 2-year warranty when compared to Keurig’s 1-year warranty also shows they are more durable.

It is clear that single-serve coffee makers are some of the cheapest coffee machines, and while the price for both Nespresso and Keurig coffee makers will depend on the particular model you are buying, each has a certain price range.

Nespresso machines will generally have a slightly higher initial cost than Keurig, and you can expect to pay anything from $90 to $300 to get one of their machines.

With Keurig, on the other hand, you can part with as little as $75 or as much as $75 to own one of their single-serve coffee makers.

When buying a single-serve coffee maker, you should always take the cost of the pods into account given that these machines will require you to buy pods to be able to make coffee.

In the long run, the cost of owning both Nespresso and Keurig single-serve coffee makers will be typically higher than using a coffee machine that brews coffee using whole bean or pre-ground coffee. However, the cost per serving is different between the two.

Since single-serve coffee makers will require you to dispose of the pods or capsules after every use, they are not very good for the environment.

However, this does not mean that all single-serve coffee makers are bad for the environment given that many companies including both Nespresso and Keurig are always working to make their products more environment-friendly.

Nespresso seems to have made more progress in making their product more environment-friendly with a recycling plan in a huge part of their European market and a return the empty policy. But, Keurig has also made a significant impact by introducing its popular reusable k-cups.

There is no doubt that if you are going to buy a single-serve coffee maker you will be better off sticking with Nespresso and Keurig given that they are the industry leaders.

But, choosing between the two is not that straightforward given that each appeals to different kinds of consumers. Besides taking into account your particular preferences, there are certain situations where you should go for one over the other.

If you are looking for something made from high-quality material and is more durable and reliable, easier to clean and a little more environment-friendly, go for Nespresso.

However, if you want to keep both the machine purchase cost and cost per serving down, Keurig will be your best bet. 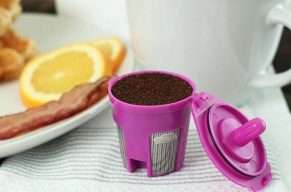 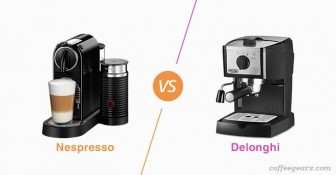 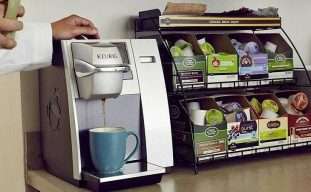 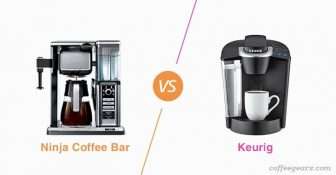 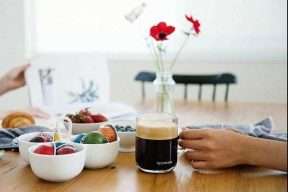 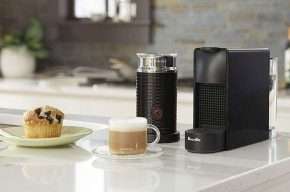 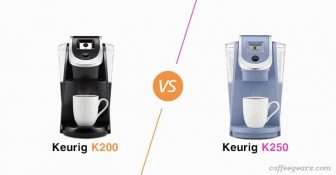 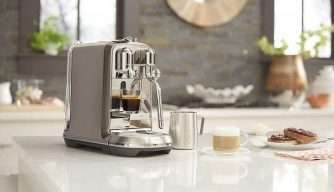