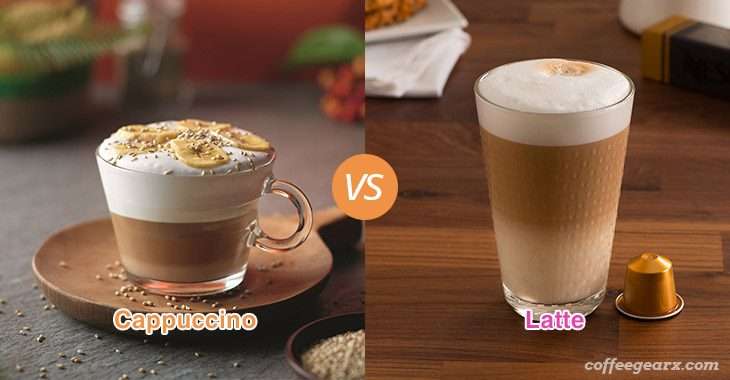 Unless you are a skilled barista or coffee connoisseur, it is not always easy to tell the difference between certain coffee drinks. And two of the most confusing ones are cappuccino and latte.

Many coffee drinkers including those that have been taking the beverage for many decades still cannot tell the difference between lattes and cappuccinos. But, this should not be a surprise because for the untrained person they look and taste the same.

Like many other milk-based espresso beverages, the difference between a latte and cappuccino is often just the amount of espresso, milk, and foam that each contains.

But, to help shed more light on this and help you know what to order the next time you are at your favorite coffee shop, below is a more detailed comparison of the two.

When looking at the two coffee beverages side by side you might not notice any difference, and this is more so if the cappuccino does not have those bits of chocolate toppings and the latte cup does not have any art. But, there are several parameters that set them apart and they include the following.

The ingredients for cappuccinos and lattes are exactly the same, and the only thing that differs and hence makes them different coffee beverages is the proportion of the different ingredients.

These Italian style beverages are made by mixing espresso, steamed milk, and milk foam. However, cappuccinos will also often include bits of chocolate over the foam which makes it the more preferred option for those with a sweet tooth.

Also besides the three base ingredients, both these beverages are quite versatile, and so it is also common to pair them with other added flavors.

2. Fundamentals of the Beverages

Understanding the fundamentals of each of the two beverages is the first step in ensuring you always make the best ones whether you are a budding barista or a regular coffee enthusiast.

And once you understand the fundamentals, you can make either at home with ease and without any other special equipment besides an espresso machine and milk steamer 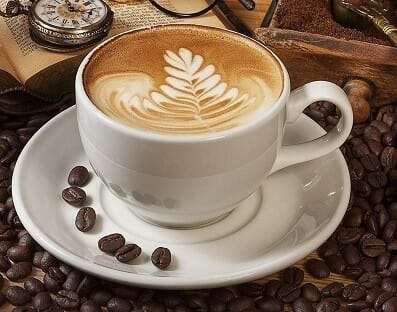 Cappuccino has been around since the 17th century and it was developed when the espresso hype was catching on. However, it only evolved into the beverage that it is today during the first and second world wars.

However, it was not until the 1980s that it became widely popular in the USA and Europe. Cappuccino is now one of the most widely consumed coffee-based beverage across the world.

Cappuccino is a very structure-oriented beverage that is typically served in 6-ounce glasses or ceramic cups. This structure is what defines, and it will entail splitting the beverage evenly into thirds.

The highly specific cappuccino structure makes it a little complicated and if you can make it without messing things up, then you can rightfully brag of having top-notch barista skill. Getting it right will result in a delightfully rich and airy beverage with low acidity. 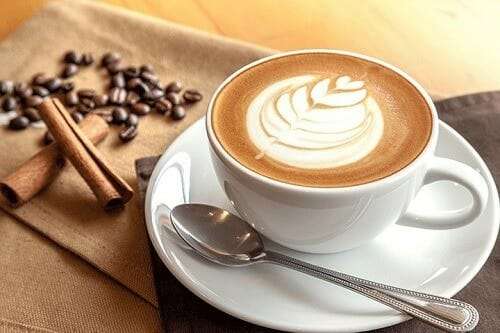 The word latte first appeared in the English language in 1867 or at least that is as far back as one can get concrete evidence of its existence.

But, many coffee-enthusiasts and scholars seem to agree that the beverage has been part of Italian breakfast tables for way longer than this.

The term latte originates from the Italian phrase that denotes milk mixed with coffee, and this is also probably the best way to describe it.

Despite having been around for many centuries, Latte only appeared in restaurants and cafes in the 20th century. In most coffee cafes, it is still served in the larger 8-ounce cups as it was many years ago which are larger than the standard cappuccino cups.

Unlike cappuccinos, the ratio of espresso, milk, and foam is not proportional as these brews will have more steamed milk and a thinner layer of foam.

While for cappuccinos the beautiful structure is the defining element, for a cup of latte the equally impressive latte foam art at the top is the most striking element.

3. How they are Made

Now that you know the fundamentals and backgrounds of these amazing beverages, the next and probably the most important thing for most coffee drinkers is to know how both are made. While it might not be as easy as pulling a shot of espresso, you can still master it with enough practice.

How to Make Cappuccino

As fancy and as tasty as cappuccino might be, it does not take as much effort to make as you might assume as you only need to follow the easy steps below.

Step 2: Use a steam wand or any other milk steamer to steam milk and add it to the cup

Step 3: Pour about 2 or 3 centimeters of milk foam

Step 4: Sprinkle fine chocolate powder at the top and your beverage is ready

There is a misconception out there that to make a latte you need to have professional barista skills, but this could not be further from the truth as the following steps are all it takes.

Step 1: Pull 1 or 2 shots of espresso (depends on your preferences) into a cup

Step 2: Add some steamed milk to the cup

Step 3: Pour 1 centimeter (or about the width of one finger) of milk foam into the cup

Step 4: Make your favorite latte art while the brew is still hot (this step is optional)

Even if you have an idea of how to make both cappuccinos and lattes, your beverage will not have that amazing taste if you do not get the ratio of ingredients right.

While it is true pro baristas do not seem to pay a lot of attention into measuring things like steamed milk and foam when doing it manually, they have enough experience to do it by instinct.

For a newbie or an inexperienced coffee drinker, you will first need to understand that both beverages will always start with either 1 or 2 shots of espresso with the two shots option being more common in the USA as the drinks are served in bigger cups.

Serving is always an important part of making both espressos and lattes. The chances are you are more likely to return to a cafe that serves their latte in a nice cup than one that serves it in an ugly one regardless of how tasty it might be.

One thing to note is that both lattes and cappuccinos are served differently in different countries. For many restaurants and cafes in the USA, both are often served in either ceramic or glass cups with some places using the same cup sizes for both and others have a smaller cup for cappuccinos.

In some countries like New Zealand and Australia, a latte is often served in a glass tumbler while cappuccinos are served in a ceramic cup. However, the drinks are exactly the same as what you get in the USA with the only difference being the vessel used to serve them.

One of the most distinctive elements and what you can use to tell cappuccino and lattes apart is how the end beverage looks like and of course the taste and feel in your mouth.

For a typical cup of cappuccino, there will be more foam at the top and more often than not there is also chocolate powder sprinkled on the foam. And for a cup of latte, that amazing artwork is what betrays it, and depending on the barista's skills, it can be anything from a simple heart shape to a complete face or nice words.

When it comes to the taste and feel of the beverage, cappuccino will have a stronger espresso flavor given that it is less diluted by steamed milk. Also, the lighter foam with more defined layers also means that it will be crispier.

With lattes, on the other hand, you will get a much creamier beverage given the increased steamed milk portion. Hence, the flavor will be milder and almost sweet.

It is hard to pick between lattes and cappuccinos as both are just amazing beverages that will always give you a perfect start to your day.

Given that they also consist of similar ingredients, the choice for most coffee lovers will always go with their prevailing moods.

But, if you are the kind of coffee drinker that always wants to maintain a stronger espresso flavor, a cappuccino is your best choice while a latte will work for those looking for something milder or a little more diluted. 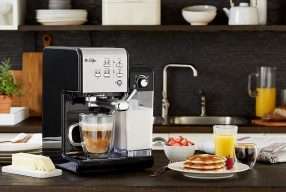 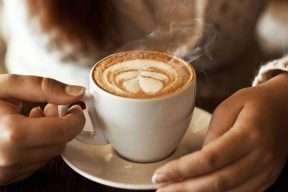 What is a Bone Dry Cappuccino? ( And How to Make One) 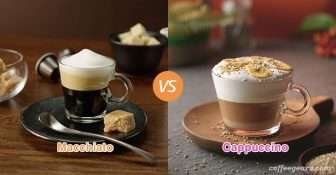 Macchiato vs. Cappuccino: What is the Difference? 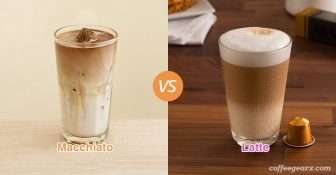 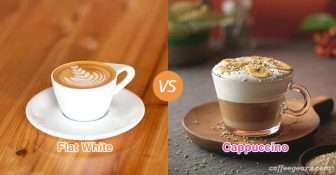 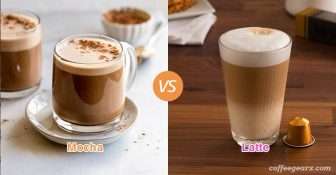 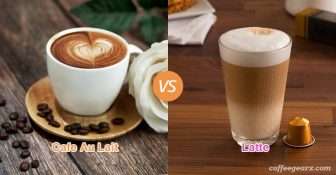 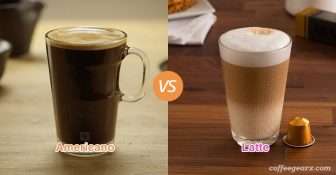 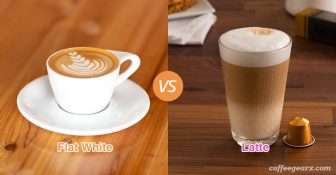